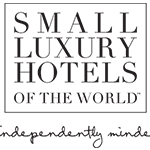 The most cosmopolitan island in Cyclades, Greece

Mykonos is a grand example of unique Cycladic architecture set around a picturesque fishing-village bay. Totally whitewashed organic cube-like buildings fit closely together to form a kind of haphazard maze of narrow alley ways and streets. The earthen colors of the bare hills which surround the town’s gleaming whiteness are between the aura of an incredibly blue sky and even deeper blue sparkling sea. Its many well preserved windmills and hundreds of tiny red-roofed churches add a flavor of culture and custom to the scene, enhanced even further by many museums and the historical ancient site of nearby Delos. Together with being friendly and open people, the locals have a healthy understanding of Greek Hospitality. Put this together with all the island’s other qualities and it is no wonder Mykonos has been often named “the jewel” of the Aegean Sea.

Mykonos owes its name to the son of the King of Delos. According to the mythology, Hercules, in one of his twelve tasks, killed the Giants and threw them into the sea where they petrified and turned into huge rocks, forming the island of Mykonos. During ancient times, Mykonos, due to its proximity to Delos, which was then highly populated, became very important as a supply island. The short 2-kilometer distance between the islands was frequently travelled, since religious rules specified that no one should be born or die on Delos. Around the time of Alexander the Great the island became a commercial centre for agriculture and maritime trade.

In 1207, like the rest of the Cyclades, Mykonos came under Venetian rule which lasted until 1537, when the Turks dominated the islands along with the rest of Greece. The inhabitants were great sailors, so they provided important help to the Greek Revolution against the Turkish yoke, in 1821, offering 22 ships, crew and ammunition. After the country’s independence in 1830, the island’s economy and commercial power were slowly but steadily re-established.

In the period between World War I and II, visitors were attracted here mainly by the archaeological site of Delos. During the ’50s, modern-day tourism started to grow, along with the island’s population, but it was in the following two decades of the ’60s and the ’70s that, thanks to the likes of Jackie O and numerous other jetsetters, the island was turned into one of the most cosmopolitan holiday resorts of the world.

POV: You’re walking down to our private beach on

What a great way to start your day in Mykonos! Wha